Attention Airport Authority Tenants **Gate Access Procedures** Please remember when entering or exiting the airport vehicle gates to wait for the gate to close behind you before proceeding. ‘Piggybacking’ is prohibited unless you are escorting someone to or from your hangar. The Authority asks that everyone do their part to help keep our airports safe and secure. Thank you! 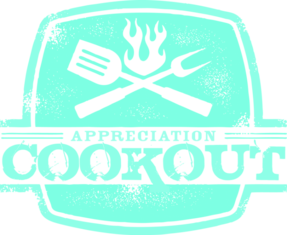 The Titusville-Cocoa Airport Authority will hold
their next Regular Board Meeting on Thursday, December 16th,2021 at 8:30 p.m.
The meetings will take place at the Airport
Authority Office, Space Coast Regional Airport,
355 Golden Knights Blvd., Titusville, FL and will be held virtually through Zoom.

In 1943, the U.S. Government constructed the Titusville- Cocoa Airport on land jointly owned by both cities. The airfield included two 5,000 ft x 150 ft runways with an associated taxiway system. The U.S. Government developed the airport and its facilities to serve as a supplementary airfield to the Sanford Naval Air Station during World War II. The airport was built by the Civil Aeronautics Administration under the "Development of Landing Areas for National Defense" Program to help relieve other area military bases of training exercises required as a result of World War II. The government retained control of the airport throughout the duration of the war.

After the war, the U.S. Navy transferred the airport property and associated improvements to the War Assets Administration, which deeded the airport back to the Cities of Titusville and Cocoa by a Surrender of Lease and Quit Claim Deed dated April 18, 1947.

An airport authority was established by the Cities of Titusville and Cocoa to own, operate, improve, and maintain the airport.

The National Aeronautics and Space Administration began development of the Missile Launch Complex on Merritt Island. The advantageous location of the airport allowed it to play an increasingly important role in the transportation of NASA personnel and equipment.

The Authority was created to service the local, commercial, and corporate aviation needs as well as to stimulate economic growth in the local communities. The Authority replaced the original airport authority established in 1959.

The 1963 Act established policies for the funding of Authority activities, including an ad valorem tax not to exceed 1_ mils on all taxable properties within the geographical bounds of the District. Also included was the authorization of the District to issue general obligation bonds and revenue bonds to finance the acquisition, construction, or development of airport property or facilities.

The current Titusville-Cocoa Airport Authority consists of seven members. Two members are appointed from Districts I, II, and IV, and one member is appointed at-large by the Board of County Commissioners of Brevard County